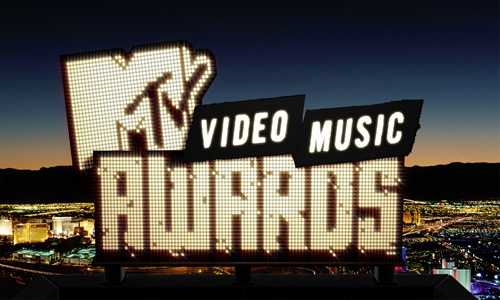 Facebook and twitter lit up with rapid updates about the 2011 VMAS which aired a few hours ago on MTV.  In case you missed it, here are ten things I remember about this year’s show.

1.)  Beyonce is pregnant. After showing off her pregnancy bump on the “black” carpet, Beyonce gave a powerful, upbeat performance to her single “Love on top.”  Following her act she opened her sparkly jacket and rubbed her stomach reinforcing the news as her husband of 3 years, Jay-Z, went wild in the crowd.

2.)  Lady Gaga continues to be weird. The VMAS opened the show with Gaga giving a monologue dressed in her male alter ego, followed by her performing to “You and I.”  She continued the show dressed as this male character, even when she presented Brittany Spears her Lifetime Achievement Award.  At this point she even urged Spears to kiss her as she did Madonna. Spears politely declined by saying she’s done that before but Gaga later got her kiss from an old grandma who no one from my generation recognized.

3.)  Adele proves gimmicks are overrated.  Armed with a piano, spotlight and her voice, Adele delivered an emotional performance to her single “Someone Like You” that left both the crowd and viewers with goosebumps.  She showed the nation that the voice does not need to be overshadowed with fancy lights and techno beats.

4.)  Jessie J can rock a show despite an injured leg.  For some reason MTV decided there was no need to have a host and that one person could supply all the commercial music.  This person was newcomer Jessie J.  She played not only her songs but classics, all with a bedazzled boot on her foot.

5.) Acceptance speeches are not as important as they used to be.  First Justin Beiber decided it was not enough to thank God, but Jesus needed credit too.  Next Tyler the Creator delivered a profane acceptance about who knows what because MTV had to bleep it out.  Let’s not forget Brittany Spears who used her moment to introduce Beyonce (guess she thought she was more important).  Finally, Gaga got up to say something that sounded important about music with meaning but her speech feel on deaf ears that couldn’t get pass her awkward speech pattern as she tried to stay in costume.

6.)  Chris Brown can fly. Chris Brown began his obvious lip synching journey with his hot dance track “Yeah 3x.”  He then took a trip down 90’s lane with a Wu Tang Klan and Nirvana tribute that featured people in flannel shirts jumping on trampolines.  Finally he did an acrobatic performance to “Beautiful People” that consisted of him being lifted up and flipping in the air several times.  As one of my tweeters said, “If this music thing doesn’t work out, Brown has a career with Cirque du Soleil.

7.)  Kanye West is still cool under pressure. After last year’s mishap where Kanye interrupted Taylor Swift all eyes were on him to see what would go wrong.  In response Kanye played it cool.  Dressed in regular street clothes, he gave an ok co-proformance to “Otis” with Jay-Z.  Katy Perry dissed him later by saying “Now this is the time to interrupt me” when they won an award together.  He let that one slide but quickly corrected her when she tried to play him by saying this was his first win.  Our final glimpse of Kanye came after Beyonce’s performance as he celebrated jubilantly with Jay-Z.

8.)  Amy Winehouse even in death can be bashed for her addiction.  Although she was praised for her great musical talent, Russell Brand reminded us that Winehouse will forever be known as an addict.  He even used her death as a plug to help others seek help.  However, the message seemed mixed as his speech was followed by a tribute from known junkie Bruno Mars.

9.)  Lil Wayne may really be from Mars.  Lil Wayne’s closing performance was just as all over the place as the show.  He began by serenading the crowd with his single “How to Love” or what has been coined by my friends as “How to Slur” because you can never understand the lyrics.  Halfway through the song, Wayne rips off his shirt and begins jumping around to “If I die today.”  Luckily Rick Ross did not join him, I could not have taken him with his shirt off again today!  Finally, Wayne throws on a guitar but doesn’t play it then throws it off, thus ending the show.

10.)  It’s no longer cool to dress in normal clothes. This lesson I learned from non other than Katy Perry, who accepted her award with a cheese block on her head, and Nikki Minaj, who dressed as superman icecream.  I guess Gaga fever is crazy and all of the pop scene is her monsters.

I just gave you a snippet, but there are many other things about the awards show that caught my eye.  In the event that you missed it, no worries its MTV.  They are bound to repeat it at least 10 more times!